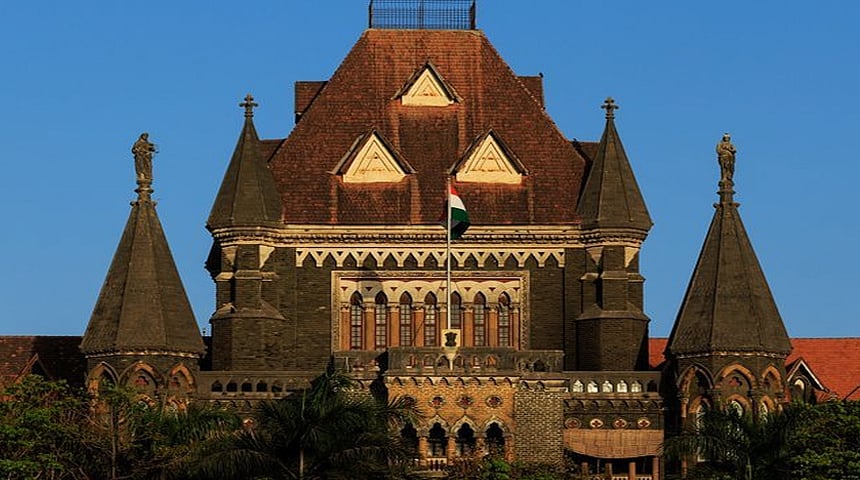 Public Interest
In a significant judgement that will ease the pains of many senior citizens, the Bombay High Court (HC) has ruled that a son cannot claim any right of share in his parent's flat while they are alive.
In an order passed last week, the bench of justice Gautam Patel and justice Madhav Jamdar says, "In any conceptualisation of succession law for any community or faith, Asif can have no right, title or interest whatsoever in either of these flats — one in his father's name and other in his mother's name—so long as his parents are alive. The suggestion that Asif has a settled and enforceable share in either of the flats in the lifetimes of the real owners, his parents, is laughable. The fact that he is their son does not make either of their flats 'a shared household'."
"We are not seeking Asif's consent to the order we make. We do not need it. We are rejecting his application for intervention. We reject his contention that his mother has an 'alternate remedy'. That submission alone shows us Asif's true nature, his utterly heartless and avaricious approach. His interim application is dismissed," the bench says.
Sonia Khan, the wife of Fazal Khan, who are parents of Asif, had filed the petition seeking to be appointed as the guardian of person and property of Fazal, since he has been living in a vegetative state for the past decade.
There were two assets of Fazal Khan, one his bank account where Sonia, his wife, was a joint account-holder. The second asset is his residential flat at Marol in Andheri.
Asif Fazal Khan, their son, filed an intervention petition contending he had been the 'de facto' guardian of Fazal for many years.
However, the HC observed that there is absolutely nothing in his application to show this. "Although the Petition by Sonia and her daughters annexes a large number of documents showing expenses and bills paid by Sonia and in Sonia's name, there is not one scrap of paper adduced by Asif in support of his contention."
Asif then submitted that although his parents are alive, there are two flats and both are what he describes as 'a shared household' and, therefore, he, the son, has some sort of enforceable legal right or entitlement to either or both of these flats.
"The submission is so ill-founded and illogical that it only needs to be stated to be rejected," the bench noted, adding, "Asif has no rights in his father's flats. He has nothing to show that he has ever cared for his father."
The HC also observed that Asif may have been advised (or ill-advised) to adopt some domestic violence proceedings against his sisters is utterly immaterial. "We do not see how Asif can complain of domestic violence when he is demonstrably not part of the domestic set-up to begin with," it added.
The bench then allowed Sonia to operate the bank account and withdraw money from the account to meet all and any of Fazal's expenses. However, the bench says, "She is not permitted to use any of these amounts for her own personal purposes nor to transfer these amounts to her own account. She is required to maintain accounts, including receipts of all payments made from this account, whether by cheque, transfer or against cash withdrawals. Once a year, Sonia is required to file a statement of account regarding the (with)drawls from the account."
In her submission, Sonia also proposed selling the flat in question along with the adjacent flat in her name so that the proceeds can be used to look after Fazal for the future.
While allowing her to open negotiations for any prospective purchaser and conclude negotiations arriving at a price and on terms, the HC, however, asked her to seek the court's prior permission before executing either a memorandum of understanding (MoU) or an agreement for sale. In her interim application, she is asked to provide full details of the proposed transaction like the buyer's identity, the consideration, mode of payment, time of payment and a draft of the proposed that given to sale must all be annexed.
The bench says, "The reason we make this requirement is that, although there is no specific statute in this regard, we put the case of Fazal practically on the same footing as that of a minor who holds a share in immovable property. This necessarily means that Fazal's interests are under the care and supervision of the court and any disposal of his share in any immovable property must be for stated and bona fide purposes that are demonstrably in his interest."
"It is for this reason that we find ourselves unable to grant an open-ended permission in cases like this. This is, however, not to be construed as a rejection of what Sonia seeks but only a direction by way of caution and circumspection so that there is no cause of complaint at a later stage," the HC bench of justice Patel and justice Jamdar says.
Reference: Writ Petition (L) No. 12047 of 2021 Bombay HC
Comments

karpaka
is legal recourse, within affordable reach of all!
Reply